You must be aware of Frankenstein's monster. If you are upset with proliferation of WhatsApp groups, just like me, I am sure you have a high IQ. And I assume you are aware of this monster. While there are several metaphorical interpretations of this monster, the one which is most commonly understood is about scary results of science and technology gone rogue. The intention of science is to help the humanity, but the monster finds its way out. Always. So while WhatsApp is a marvel, WhatsApp groups feature is a real deal-breaker.

Elon Musk (Tesla) recently warned that A.I. (Artificial Intelligence) could create an immoral dictator from which we could never escape. I think the movie The Matrix already warned us almost two decades ago, about a similar apocalypse. But did we learn? No Sir. No Madam. We created WhatsApp groups, which today dictate our life choices. There is no escaping these groups.

Had the developers of WhatsApp read the book Sapiens (which I reviewed few weeks back here), may be better sense would have prevailed. In one of the chapters in the group, the author of the book, Yuval Noah Harari introduces us to Dunbar's Number. Here the author explains, that before Cognitive Revolution, the maximum group size Homo Sapiens could organize to was the Dunbar's Number of 150. Any group size beyond 150 was not conducive for stable and meaningful relationships. So as population exploded, shared myths, like religion, nation etc. were created to manage and discipline larger groups. The developers of WhatsApp committed a cardinal sin. They increased the group size from 100 to 256 in 2016. But they never created any shared myth or set of rules to manage the change. Plus, you can be part of many such groups at the same time. Even Robin Dunbar (British Anthropologist ) couldn't have envisaged that.

This post is an effort to further the studies done by such stalwarts and identify major types of WhatsApp groups and methods to deal with the tyranny. 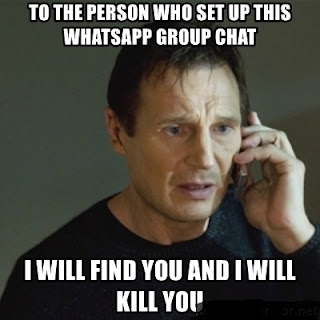 The WhatsApp groups can be divided broadly based on three criteria:

There are two types here:

In same gender groups, all kinds of shit is shared. There are days, when you would like to deal with that shit and then there would be days when you would like to mute this 'always buzzing' group. I have never been part of an all girls / women group, obviously. So I can only hazard a guess, what goes on in those kind of groups. But, in all men groups, it becomes pretty obvious that all men are sexist, though degrees may vary. Yes, there are some silent ones too who don't participate in this slug-fest of sharing crass jokes and videos. But being silent and by being part of the group, they in a way approve of the content shared. Men on these kinds of  groups are always in one of these three modes: Horny / Drunk / Cricket Obsessed.

How to Manage Same Gender groups?
Mixed Gender groups are not always buzzing. They are only active on members' birthdays, anniversaries, promotions etc. The most commonly used words here are : Congratulations, Happy, Birthday, Anniversary, Best Wishes. They also become active on the days, when any girl on the group says 'Hi'. It almost feels like a dam has opened up, with all the boys on the group vying for that girl's attention.

There are two types here:

b. Interest Groups you are not interested in, like a group of runners who are interested in sharing their fitness goals and marathon pictures, while you are jealous of them. You are forced to be part of this group because your boss has asked you to do so. (This is just an example, where you don't give a damn about fitness, but you care about your job. The interests and compulsions may vary across such groups)

As per the book Sapiens these groups' membership can exceed 150, as the interests here act as shared myths. So managing large groups become easier.

How to Manage these groups?

There are many types of association based groups like alumni groups, corporate / workplace groups, neighborhood groups etc. All of these groups barring one, will fall under any of the above mentioned categories. So for managing these groups, the rules explained earlier are enough. But there is one specific Association based Group, which you should be really wary of. It is called Family's WhatsApp Group. The name of the group itself explains that it is a mixed gender; interest group you are not really interested in, but there is a compulsion of the societal norms you have been conditioned with since your childhood.

No rules apply on this group. Depending on the food cooked at home, the dispersion of the family members across the planet, and issues like "aaj paani nahi aa raha" (Taps running dry today) can impact the tonality and content shared on the group. One can never be sure how to deal with this kind of group. You can't ask your mother to not share forwards, which propagate a fake news. You can't ask your father to not share a political video. You can't tell your sisters not to discuss latest fashion and share pictures of random dresses. You can't leave the group to avoid the jibe that Ab tu bahut bada ho gaya hai, ab tu maa baap ki kadr nahi karta (Now you have grown up and you don't care about your parents anymore). I am not sure how to manage this group. But there is always one thing you can do. Follow the flowchart given below daily and you would keep most of them happy most of the times.

10 pm - Send a Good Night Message. Don't fail to mention that it was a tiring day and you are off to sleep

Neo just sent a WhatsApp message from The Matrix. The message read, "I will show you the world where anything is possible." He then deleted the message for everyone on the group and left. There is hope. This monster can be tamed.

---
My last year's challenge post from letter W was about the role I play in my spouse's life i.e. Wikipedia. Read it here. 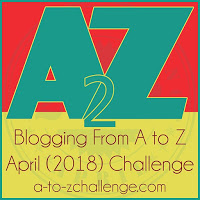 Posted by Charan Deep Singh at 6:02 AM

Sapiens seems to be interesting book. I should read. Sometimes I find whtsap very boring where nothing is there to do other than reading forward messages. I receive no. Of videos on wtsap that i have now stopped downloading videos.

ha ha, i think i need to follow the schedule you mentioned, i am one of those silent members of almost all the whatsapp groups i am on, and when i do post something, people sometimes wonder who is posting :)
notifications are switched off all the time in my case!

I am happy that I could help you Lady in Read😁